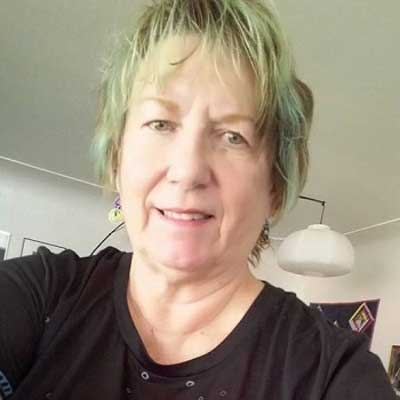 Surrounded by artwork bursting with bold colors and crazy cat themes in her Wheat Ridge home, 72-year-old Arteaga, her hair freshly died blue, explains that if she hadn’t left her native Michigan a year-and-a-half ago and moved in with her son and daughter in the Denver area, her destiny would have been different.

“I’m fortunate that it was caught at such an early stage,” says Arteaga, whose pea-sized lung nodule was spotted by a radiologist after Arteaga underwent a scan for kidney stones. “And I think that’s why I was actually here in Denver rather than being in Michigan. I don’t think it would have been caught if I would have stayed there. Or, if it had been caught, it’s possible that other doctors would have said: Well, let’s just watch it. By then, it could be Stage 3 or 4 cancer.”

Arteaga’s “what-if” scenarios are highly feasible, says Dr. Lanny Dunham, the surgeon who removed her tumor at Sky Ridge Medical Center using a navigational technology that made the procedure possible. Not detecting early cancers, or not having a safe option for removing the often highly precarious tumors, are contributing factors in lung cancer’s grim death rates.

“If we don’t catch it and remove it early, before the cancer metastasizes to the lymph nodes, survivability drops dramatically,” Dr. Dunham says of lung cancer, which is often symptomless until its late stages, and kills more people each year than breast, prostate and colorectal cancer combined.

After a team of doctors, including Kaiser Permanente’s Dr. Dunham, held a multidisciplinary conference, the specialists determined that, while Arteaga’s tumor was suspicious for cancer, the nodule’s size and location created a problem. Tucked in a low position near the diaphragm, the tiny tumor also moved too much with each inhalation for an interventional radiologist to safely remove tissue for a biopsy and confirm cancer.

Arteaga was told she could opt to wait another six months and see if the tumor grew more, as she had no lung-cancer risk factors, such as smoking. Or she could have Dr. Dunham remove the tumor with the SPiN Thoracic Navigation System™ available at Sky Ridge Medical Center.

The navigation system, much like a GPS, creates maps that guide surgeons and their electromagnetic instruments to lung nodules based on expiration CT scans rather than inhalation scans. The results of the newer technology, studies suggest, lead to more accurate lung nodule biopsies and removals.

“The system allows me to localize nodules that are even smaller than what an interventional radiologist can get to and then combine that with robotic surgery,” Dr. Dunham says. Minimally invasive robotic surgery involves three or four small incisions rather than a large, invasive incision opening up the chest cavity. “I was able to take the entire thing out, and it actually ended up being cancer.”

Without the navigation system technology, protocol would have been to wait six months or a year for a biopsy. “And at that point, it could have spread and been inoperable,” Dr. Dunham says of a common and frustrating scenario for option-less lung surgeons, which has contributed to lung cancer’s stagnant survival rates over the years.

Taking out just the cancer and its surrounding border, Dr. Durham saved most of Arteaga’s lung. “So this has had a huge impact on her life. We caught it, and we caught it early enough that she doesn’t need more treatment, such as chemotherapy or radiation.” 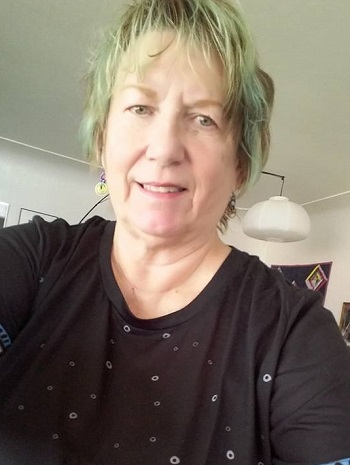 Her surgery and recovery went smoothly, especially at Sky Ridge, where her room had sleeping space for her son and daughter, and the food was so good, Arteaga says. “I loved their food. It was delicious.” The hardest part of recovery at home was being tied to an oxygen tank, she says, although she knows that oxygen could have been a lifelong burden had her cancer gone undetected longer. “I’m really fortunate.”

Arteaga says she’s back to walking, doing her colorful and meditative art form called Zentangle, and quilting, although she emphasizes it’s an “art-type” quilting. “I don’t like traditional quilts. I like to make mine a little more hodgepodge and wild and crazy, like the hippy stuff,” says Arteaga, who also displays her passion for bright hues with her hair. “I never dye it the same color twice.”

Whether it was good aura or good luck, Arteaga’s grateful for medical technology and her happy ending. “I’m very thankful that everything came around in the circle that it came around in. It is so remarkable, the technology that they have now. I would just like for everybody to know that there are options out there. It’s amazing.”