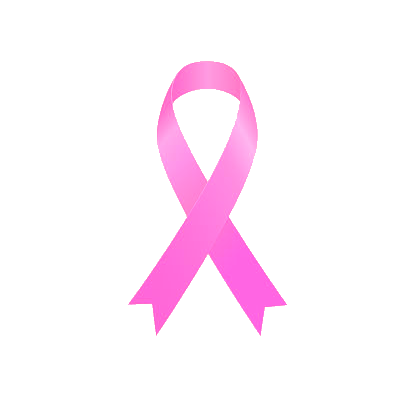 Sitting in the Café at Sky Ridge while his wife undergoes surgery for the second time since her cancer diagnosis, Rob Nelson says, “We are blessed.” Many people might have a difficult time seeing from the same perspective as Rob. His wife, Judy, 51, was diagnosed in April 2012 with breast cancer after a routine mammogram.

"I’ve become an ambassador. I want everyone to get in there and get checked!” - Rob Nelson

“Judy has always been the no-nonsense, stay organized, practical one,” Rob said. “I was always the more creative one, off chasing my dreams.” With the diagnosis, his universe had shifted. For many, a cancer diagnosis would be enough to make them lose hope. But in addition, prior to her diagnosis in April, Judy was laid off from her job of 26 years. “Judy started working at a Café and when it was time for her surgery her first worry was who is going to get the muffins out,” Rob said. “That’s just the kind of person she is.”

Judy was scheduled to have a double mastectomy with Dr. Joyce Moore. “Dr. Moore gave Judy confidence right away,” Rob said. “She told us ‘I want you to know that everything is going to be ok.’” Rob is especially grateful for the care they received from Dr. Moore. “You develop heroes in your mind – Dr. Moore is a hero, not only for her incredible expertise but her can-do attitude that was like a shot of confidence.”

The Nelsons were fortunate and Judy’s cancer was caught early enough that it was contained in the duct. In June Judy underwent her first surgery at Sky Ridge. “The nurses displayed incredible attention to detail and comfort every minute she was here,” Rob said. “At every step we were reassured and really felt like we had a team giving genuine, exceptional, from the heart care.”

Judy agrees. “The nurses act like they really want to be here and want to help you, which is a great thing. Especially when you aren’t feeling well, you just want someone to care about you.”

After surgery, Rob was inspired to take this level of care home. “I wanted to be the best dang nurse. I wanted to be on every drain, record every dose.” he said. “It came from Sky Ridge and all of the excellence we observed. The nurses motivated me.”

The Nelsons also found comfort in the Sky Ridge Breast Health Navigator, Christina Mullen. “The little heart pillow she gave us was the only thing that put Judy at ease with the expanders,” Rob explained. “That simple little gesture became a lifesaver.”

After taking the summer to recover, Judy underwent DIEP (Deep Inferior Epigastric Perforator) Flap surgery with Dr. Jeremy Williams in September. During this surgery, fat and skin from the abdomen of the patient are used to create new breasts.

Now looking ahead, Rob wants to share their story. “2012 was kind of a freight train,” he said. “We learned a lot and had great people around us. Now we want to tell others to get their screenings.” Judy is a perfect example of the importance of early detection and routine mammograms. Before the diagnosis, Judy had no symptoms, no family history and no red flags that would indicate that she was at risk for cancer. “Now I’ve become an ambassador. I want everyone to get in there and get checked!” Rob said.

Rob, Judy, and their three daughters are looking forward to Christmas and putting this chapter behind them. “Wow, we are blessed. In the grand scheme, what a blessing that Judy’s cancer was caught early.” Rob said. “And did it luck out that just four miles down the road from our house was this A-team of Dr. Moore, Dr. Williams, Christina and all of the nurses and other staff members at Sky Ridge!”