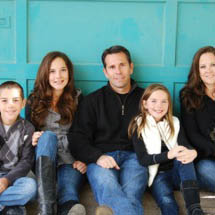 The first time she walked into the Sky Ridge Cardiac Rehab center, full of treadmills and other fitness equipment, Jennifer Halvas burst out crying. It wasn’t the thought of exercise that upset the Castle Pines mom. Weeks before, the petite 42-year-old was swinging Kettlebells and perfecting powerlifts at a CrossFit studio. It was her new group of workout buddies smiling back at her that sparked the tears…it was a place she didn’t feel she belonged.

But, like it or not, she did fit in, as the otherwise healthy mother of three young children had recently suffered a heart attack. Not the traditional kind of cardiac arrest, where poor lifestyle choices can lead to plaque-blocked arteries, but a rare and little understood version, caused by a Spontaneous Coronary Artery Dissection (SCAD). Eight out of 10 of its victims are women.

“It would be much like a river, where a part of the bank collapses and blocks the mainstream,” says Dr. Barry Molk, Halvas’s doctor and chief of cardiology at Sky Ridge Medical Center. During SCAD, an inner layer of a coronary artery splits open, creating a pool of blood that pushes the tissue into the artery, starving the heart. To make matters worse? “We really don’t know why it happens,” Dr. Molk says. 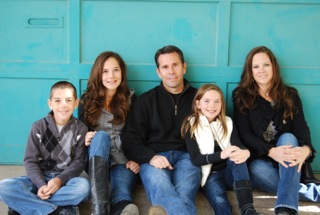 For Halvas, that uncertainty fuels fear. “My overall health isn’t as good as it was,” she says, sitting in the Sky Ridge Café in workout clothes and ponytail after a rehab session. “I feel like I can’t do as much, and … um,” she says, pausing to fight back tears but losing. “I have trouble with anxiety,” she finally manages. “They have absolutely no idea why it happens. I was doing all the right things, so what am I supposed to do now?”

Molk understands, noting that Halvas, whose attack left her with permanent damage to a lower section of her heart, epitomizes many SCAD sufferers: females with no known risk factors, such as drinking, smoking, high cholesterol, poor diet, sedentary lifestyle or family history. “It’s devastating,” Molk says. “These are young, fit women. A heart attack is the last thing they would ever expect.” But he can now monitor Halvas, who can still exercise but not to extreme exertion, and points out that he has a SCAD patient who is 25 years post-event and doing fine.

Since quick treatment can change outcomes and save lives, Halvas and Dr. Molk want to see more women and doctors educated about SCAD, which often occurs in women during pregnancy or early post-partum, possibly because of the physical or emotional stress, Dr. Molk says. Underlying connective-tissue disorders might also play a role for some patients, and about 20 percent of sufferers have a recurrence within 10 years.

Halvas’s story illustrates the need for education. It happened when she was just sitting on the couch in a Steamboat Springs condo during a family trip last summer. At first, it felt like heartburn, but soon, a gripping, painful pressure set in under her left breast, preventing her from taking a deep breath. She felt sick and sweaty, as the pain began radiating into her arm, back and jaw. When her husband, Rich, googled the symptoms and asked the obvious question, her response was: “Why would I be having a heart attack?”

At the nearby medical center, doctors alleviated her pain and ran standard cardiac tests, but when nothing immediately showed up in the results, they treated Halvas for heartburn and sent her on her way, an unfortunate move that doesn’t surprise Dr. Molk. Many doctors, Emergency Department included, are still unfamiliar with SCAD, he says.

Of course, Halvas and her husband were relieved, and enjoyed the next day, the last day of their trip, tubing the river with their kids, Lia, 13, and twins Kate and Eric, 9. The family made the drive back to Castle Pines, unpacked and said their good-nights when it happened again. “I was going up the stairs to bed, and it hit me like a Mack truck,” Halvas says.

Halvas knows she’s lucky. “I must have had a guardian angel on my shoulder, especially on the river.” And living near Sky Ridge, which Dr. Molk says stands out for its community education, particularly its gender-specific education, helped. Sky Ridge has a large number of young-women patients and is a regional maternity hub. “We are particularly cognizant of SCAD and heart disease in women here because of our population,” Dr. Molk says.

Today, Halvas is dedicated to her monitored cardiac rehab workouts and enjoys her newfound fitness friends, who call her “the athlete” because she runs, rather than walks, on the treadmill. She also works to spread the word: “Know the symptoms of a heart attack, that women can have them too, and that’s it’s not all about cholesterol,” she says. “If you have a heart, you’re at risk.”