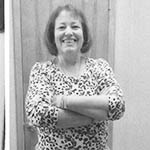 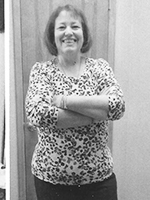 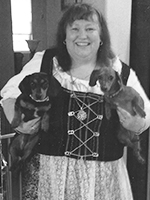 I had gastric bypass surgery at Sky Ridge Medical Center a little over a year ago. I weighed 339 pounds at my heaviest and have so far lost 140 pounds.

For many years my weight fluctuated. I had my first child in 1977 when I was 19 years old. This was the beginning of the weight loss roller coaster of my life. With my first pregnancy I developed gestational diabetes and gained 70 pounds. I was thrilled to bring my baby son home but I was not happy to realize I had an extra 60 pounds to lose. I was shocked that I hadn’t lost the weight I had gained during pregnancy. I weighed 190 pounds. I started attending Weight Watchers for the first time of many more to come. I was somewhat successful but never retained my teenage pre-pregnancy weight.

Three years later I had my daughter along with another substantial weight gain. I was young and active keeping up with two little ones. I tried many diets, food fads, pills and programs. By my late 20s I was going through a divorce, working full time, going to school full time and was a single mom caring for two young children. I was exhausted. I didn’t have healthy eating habits and was too busy to think about my weight.

It was 1988. I was almost 30 years old, remarried to my new husband, a new life and a new baby son on the way. I had also packed on another 70 pregnancy pounds. After giving birth for the third time, I couldn’t believe I had so much weight to lose. My clothes didn’t fit and I didn’t feel well…That’s when I was surprised to find that I was pregnant for the fourth time! My two youngest sons were only 13 months apart. I took drastic measures to lose weight. I tried a liquid protein diet and dropped 50 pounds. But it took a toll on my health and I developed serious health issues that included a complicated thyroid disease. For the next several years, my weight went up and down. I had some success with Weight Watchers, Atkins, TOPS, NutriSystem, diet Doctors and even hypnosis. I lost more money than I ever lost weight. In the ups and downs of life and raising four children, I gave up and resigned myself to being overweight.

In 2001, after going through several major illnesses, surgeries and a broken foot, my activity level dropped and my weight increased. I weighed about 240 pounds.

In 2006, my life took a drastic turn. My 16-year-old son was in a horrible head on car crash. He was in a coma and not expected to live. Thank God he did survive but with a brain injury and many broken bones. I spent the next few months in hospitals with him.
Since the accident was his fault and another man had died in the accident, we spent the next year in court. Medical bills and court costs caused my husband and me to file bankruptcy and we lost everything, including our home. All the while the stress was unbearable. I continued to get bigger and unhealthier. I was diagnosed with sleep apnea, arthritis, fibromyalgia and depression. I was in severe, constant pain, which greatly limited my physical activity. I was devastated to find I weighed more than 300 pounds.

In 2009, my 32-year-old son suddenly died. I became so depressed I spent most of my time in bed sleeping. I had to use a cane or a walker just to get around. I was put on oxygen 24 hours a day and was handicapped. I now weighed 339 pounds. My doctor told me to have gastric bypass surgery if I wanted to save my life. I began the process and went to all the classes and appointments. I collected all the information, jumped through all the hoops and my surgery was finally scheduled. In the end, my insurance company refused to pay for it. I was told I could pay out of pocket but didn’t have the money so was forced to cancel the surgery. I was so disappointed and lost all hope. By this time, I had four grandchildren that I was sure I would never see grow up.

In 2012, our insurance changed and I learned they would pay for gastric bypass surgery. I contacted the woman within the insurance company who makes all decisions about weight loss surgery. I worked directly with her and within a month I was scheduled for the long awaited surgery. On November 17, the Saturday before Thanksgiving, Dr. Chae performed my gastric bypass surgery at Sky Ridge. Everything went beautifully. No complications and almost no pain. I went home two days later feeling a bit tired but hopeful, happy and with a new lease on life. I couldn’t stop smiling! My first checkup was 12 days after surgery and I had lost 22 pounds. It’s been a little over a year and I have lost a total of 140 pounds. I no longer use a walker, have sleep apnea or use oxygen. I go shopping and do activities that I had given up on ever doing again. I still suffer pain in my knees and joints but it is manageable. I feel reborn.

Soon I’ll have seven grandchildren. I can run and play with them and I plan to be around for a long time to enjoy watching them all grow up! I am still losing weight, though it’s slower now, and I have learned a new way to manage food. I went from feeling like a 100-year-old woman waiting to die to a young 55-year-old woman with a long full life ahead of her!