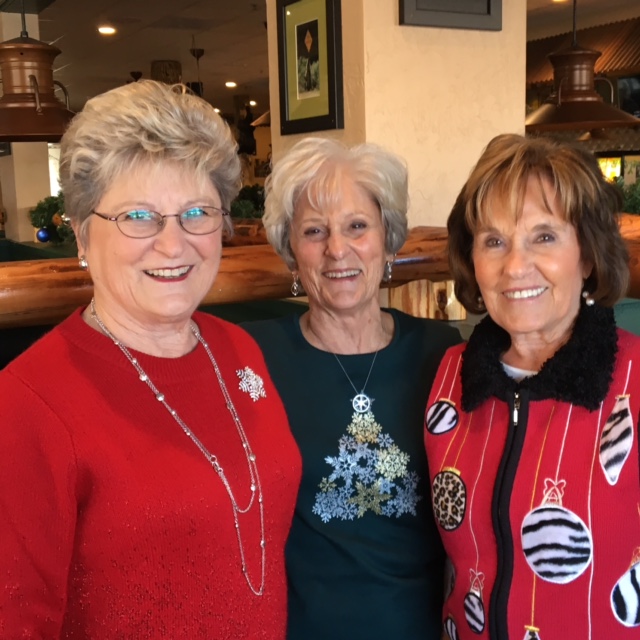 For a year and a half, intense pain in her ankles had robbed Betty Golden of her time on the “greens,” enjoying her golf passion with her husband and friends during their supposed golden years. The always-active retired sales executive had gone from regular golf and Pilates to sometimes crawling, unable to walk 10 feet without sitting down to rest. No doctor could help, so the Pueblo resident headed to Denver.

After stumbling, almost literally, upon Dr. Michael Madsen of Sky Ridge Medical Center, Golden learned her problem stemmed from her spine. She took his surgical advice and, within six months, she was swinging her golf club again. “I showed him my old MRI, and within two minutes, Dr. Madsen said: Here’s your problem.” Thrilled with her success, Golden, 81, did what any good salesperson would do: She told everybody.

Two sisters and a brother, who had suffered in pain for years, regained their passions after surgery with Dr. Madsen. (And so did Golden’s local dentist, a gal she used to do Pilates with, the fellow she saw at breakfast on Sunday mornings …) “I had seen four surgeons in Pueblo. Not once did anyone ever check my lower back,” Golden says. “I’ve probably sent eight referrals to Dr. Madsen, and I’m working on more.”

Although the four siblings’ problems evolved from different causes, and none of their surgeries was the same, their stories share a common theme.

“We all had other doctors tell us they couldn’t find out what was wrong, or they couldn’t do anything about it,” says Kathy McCall, Golden’s sister in Colorado Springs. “Nobody saw what needed to be done except for Dr. Madsen. I’m not sure if he’s just gifted or what.”

Brushing aside the personal praise, Dr. Madsen credits the hospital’s dedication to equipping its surgeons with the most advanced tools. “The technology we have at Sky Ridge Medical Center, including computer-assisted navigation, which I used during all of their surgeries, allows spinal surgery to be performed with much higher precision. We also have advanced imaging for pinpointing problems and for tailoring surgery to each patient’s goals and needs.”

Dr. Madsen works with a number of experienced, fellowship-trained orthopedic and neurosurgeons at the Sky Ridge Spine & Total Joint Center, performing more spine surgeries than any other hospital in the state. The 60,000-square-foot facility provides surgeons and patients with all of the equipment and comprehensive specialist care they need for successful outcomes, he says.

Wherever the credit goes, McCall, who has suffered from back pain for 15 years since an ATV accident, which initially put her in a wheelchair, is simply glad her sister found Dr. Madsen. McCall also couldn’t walk more than a few feet, couldn’t sit through a Broncos game, and had to give up her passion of travel four years ago. “I couldn’t stand at the sink long enough to peel a potato, and doctors were telling me there was nothing wrong with me,” says McCall, 71, who walked four miles for Down Syndrome within four months of surgery. “That was a real victory for me.”

For sister Arlene Hasling, also of Colorado Springs, leg pain and foot drop (the inability to lift the front part of the foot) had begun plaguing her after 20 years of back pain. “I just started tripping. I walked my dogs every morning, and all of the sudden I started falling flat on the ground face down,” says Hasling, 77. “It was very scary.” A local surgeon told her it was arthritis and sent her home with pills.

Brother Ron Schutz, whom the sisters say “was the worst,” had suffered from debilitating foot drop requiring a brace and pain in his arms, legs, neck and back since a work accident 20 years ago. His initial surgery was not a success, says Schutz, 76. “And then no doctor would touch me because of all of the damage.”

All of the siblings say they appreciated Dr. Madsen’s straight-forward manner, telling them what he could and could not do, while never pushing any option. With Hasling, Dr. Madsen noted scoliosis and arthritic problems, but pinpointed the leg/foot cause right away. “The leg pain is completely gone,” says Hasling, who was ready to walk her beloved Springers within two weeks of surgery but “obeyed” Dr. Madsen’s orders to wait six months. She still has some back pain, which she has opted to take a wait-and-see approach with before more treatment, happy now just to be back on stable feet.

With Schutz, Dr. Madsen was upfront that he could probably alleviate only about 90 percent of his pain, an offer Schutz still couldn’t refuse. He underwent first neck and then back surgery with Dr. Madsen. “I have no pain in my legs whatsoever,” says Schutz, who traveled the farthest for treatment from his home in Lake Havasu, Ariz. “I finally found a doctor who was willing to do something for me.”

‘Not their first rodeo’

Traveling the miles to the Sky Ridge Spine & Total Joint Center was well worth it, the siblings agree. “Everybody was so nice, and they were so responsive when you pushed the button,” Hasling says. “They were right there getting me up and making me move, as Dr. Madsen wanted. Plus, it was like a four-star hotel.”

The center’s experienced staff was the chief motivating factor for choosing Sky Ridge, the siblings say. “Dr. Madsen told me they do about 80 surgeries a week, so it’s not their first rodeo,” Golden says. Finding the doctor and the center was simply “a miracle,” McCall says. “Dr. Madsen gave me and all of my siblings our lives back.”