Antisocial personality disorder is a psychiatric condition that causes an ongoing pattern of manipulating others and violating their rights. People with this disorder do not follow society’s norms and often break the law. It is characteristic for people with this diagnosis to be entirely careless about other people's feelings and pain. They also show a pervasive pattern of no regret, together with irresponsible decisions.

Seeking treatment is important not only to help the person with the disorder, but also to protect other people who may be affected by the person’s behavior.

This disorder is caused by a combination of genetic factors and the person’s environment, especially the family environment. Researchers believe that biological factors may contribute, such as abnormal chemistry in the nervous system and impairment in the parts of the brain that affect judgment, decision-making, planning, and impulsive and aggressive behavior. 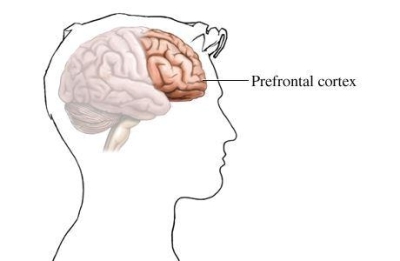 This area of the brain is thought to be responsible for behavior including appropriate social behavior, judgment, and impulse control. Antisocial personality disorder is thought to develop from chemical imbalances in specific areas of the brain.
Copyright © Nucleus Medical Media, Inc.

Antisocial personality disorder may cause:

To be diagnosed with the disorder, a person must be at least 18 years old, but have had symptoms of conduct disorder before age 15.

Diagnosis, usually made by a psychiatrist or other mental health professional, is based on symptoms and medical and mental health history. There are no laboratory tests to help diagnose this disorder. A complete psychiatric assessment is important to determine how severe the disorder is and whether there are any other contributing disorders, such as substance abuse, depression , anxiety disorders, or attention deficit hyperactivity disorder (ADHD).

People with antisocial personality disorder often do not admit they have a problem that should be treated. They may need encouragement from others or treatment to be mandated by a court.

This disorder can be difficult to treat. Treatment may be complicated by other conditions, especially substance abuse. However, these other disorders may be easier to treat than antisocial personality disorder. Treating them may improve overall health and functioning.

Different kinds of psychotherapy are used with antisocial personality disorder. Group therapy can be useful in helping people learn how to interact better with others. Cognitive behavioral therapy and behavior modification can help change problematic patterns of thinking and encourage positive behaviors.

Medications may be used to help control symptoms such as irritability or control associated psychological conditions. In general, medications that are likely to be abused are usually avoided because people with this disorder also often have substance abuse problems.

There are no current guidelines to prevent antisocial personality disorder. However, children with conduct disorder or other behavior problems should receive proper therapy. Treating it earlier in life may help prevent it from becoming worse.