Chronic traumatic encephalopathy (CTE) is a deterioration of the brain. It is caused by the buildup of a protein called tau. The brain damage caused by CTE can lead to severe mental and physical disabilities. The condition gets worse over time.

Researchers have a found a link between repetitive head injuries and CTE. The head injury may involve:

Over time, these injuries can be associated with a build up of abnormal groups of tau proteins. These proteins can create tangled masses in the brain. The tangles can block normal brain function. Similar tangles are seen in people with Alzheimer disease .

Having a history of head injuries puts you at risk for CTE later in life. Repetitive brain trauma (RBT) is the greatest risk factor for CTE. People who may be at the highest risk include those who:

The symptoms may develop many years after the head injuries.

To gain more information about your brain and to rule out other conditions, your doctor may order tests, such as:

CT Scan of the Head 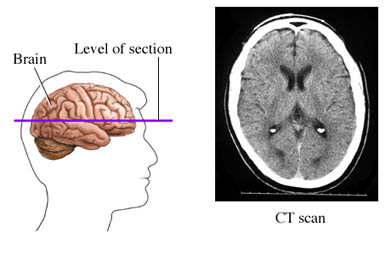 At the present time, the only way to clearly diagnose CTE is for a doctor to examine the brain after a person has died. This is how researchers are learning more about CTE.

Treatment for CTE is an area that is being studied. Depending on your symptoms, though, your doctor may recommend:

You may be referred to a doctor who specializes in head injuries.

When playing sports, you can reduce your risk of CTE by:

Other steps that you can take to reduce head injuries off the field include: