Anemia is a low level of red blood cells (RBC). RBCs carry oxygen from the lungs to the rest of the body. Lower RBC counts mean the body is not getting enough oxygen. 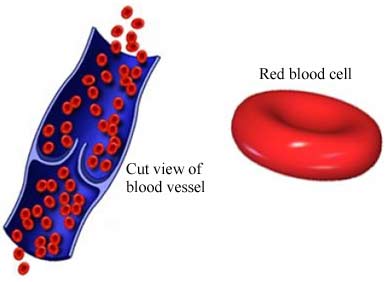 There are different types of anemia. This type is caused by low levels of iron in the body. Iron is needed to build healthy RBCs. Low iron levels may be caused by one or more of the following:

These factors may increase your chance of developing this condition:

There may be no symptoms with mild anemia. In those who do have them, anemia may cause:

You will be asked about your symptoms and health history. A physical exam will be done.

Tests to diagnose iron-deficiency anemia may include:

Iron levels will need to be brought back to normal. The body will be able to increase RBCs as iron levels improves. This will relieve the anemia.

Iron can be taken as a supplement:

Iron can also be given through an injection. Iron stores may be fully restored over 1 to 2 injections.

Your doctor may recommend that you feed your baby iron-fortified cereal.

To help reduce your chance of having anemia:

Talk to your doctor about your baby’s diet. General guidelines include: