Background: Using Yttrium-90 Microspheres for the Treatment of Liver Cancer

Research into the use of yttrium-90 microspheres as a treatment for liver cancer began in the 1960s, and the early pioneers included an impressive list of international research scientists, radiologists and oncologists. In the late 1980s, Dr. Bruce Gray, a liver surgeon working in conjunction with the Cancer Research Institute in Perth, Australia, developed a light, polymer microsphere that could be carried easily in the bloodstream to the capillary bed of the liver tumor.

With the development of these polymer spheres, called SIR-Spheres® microspheres, targeted internal liver radiation could be achieved for the first time as a practical application for treating inoperable liver tumors that had metastasized from colorectal cancer. The therapy was further refined by a team of leading radiation oncologists and interventional radiologists at the University of Maryland.

What are SIR-Spheres microspheres? 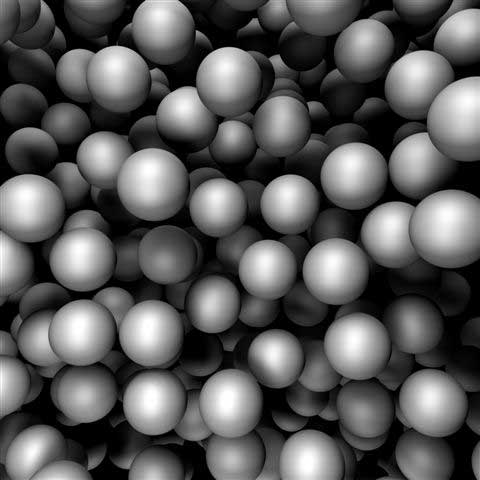 SIR-Spheres microspheres (pictured right) are microscopic polymer beads that contain the radioactive element yttrium-90 (Y90) and emit beta radiation to kill cancer cells. Due to their small size, they travel easily through the bloodstream directly to the liver. The microspheres become lodged in the small blood vessels supplying the tumor and kill the cancer cells. SIR-Spheres microspheres and SIRT are considered a safer and more effective method of using radiation to treat liver cancer and are often used in conjunction with chemotherapy.

What do SIR-Spheres microspheres treat?

SIR-Spheres microspheres are used to treat metastatic liver cancer which is one of the deadliest forms of cancer. Colorectal cancer is the second leading cause of death in the US. The liver is the most common site for the cancer to metastasize or spread. Of the nearly 150,000 Americans diagnosed with colorectal cancer every year, at least 60 percent will see their cancer spread to the liver. 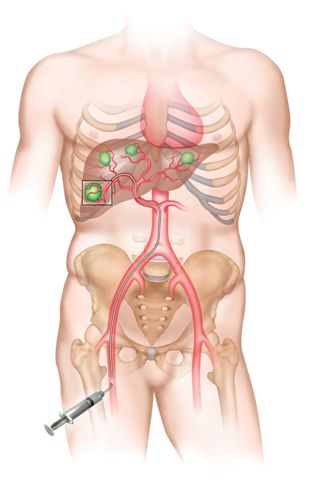 Can you describe the SIR-Spheres microspheres procedure?

It is performed as an outpatient procedure in an interventional radiology suite and requires the placement of a transfemoral microcatheter (pictured right) that is positioned into the femoral artery near the groin. Using the liver’s unique vascular supply, millions of tiny resin microspheres charged with yttrium-90 (beta radiation) are released to the hepatic circulation (pictured right). The radioactive microspheres are selectively implanted in the microvascular supply of the tumor where they become trapped. The microspheres emit beta radiation for a period of two weeks.

The treatment normally takes about 60 to 90 minutes and after careful monitoring, the patient may return home four to six hours after the procedure. The reported side effects are few; most patients experience flu-like symptoms for a period of one to three weeks. Patients can resume their chemotherapy treatments soon after the procedure and depending upon the patient’s performance status, chemotherapy may be administered concurrently with the SIRT procedure.

How effective is the treatment?

Clinical trials have shown radioembolization increases the time-to-disease progression and overall survival without adversely affecting the patient’s quality of life. In clinical studies, SIR-Spheres microspheres have been combined with modern chemotherapy or administered as a monotherapy during a chemotherapy holiday. 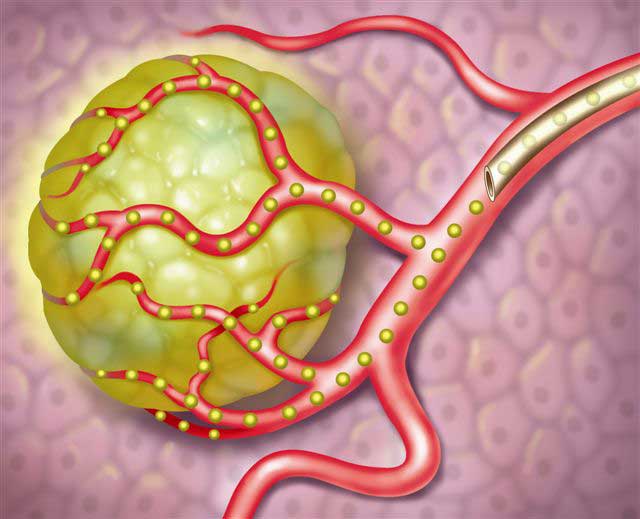 How are SIR-Spheres microspheres different from other treatments?

Other than treating the cancer, what are the benefits to the patients?

Besides offering patients an effective treatment option to control the advancement of their liver metastases, microspheres therapy also helps patients maintain a good quality of life. The procedure is performed as an outpatient service, which minimizes the time spent at the hospital.

What are the side effects?

Almost all treatments and drugs can produce unwanted side effects. Some side effects can be minor, making patients feel uncomfortable, but a small number can be serious. Every patient is different in how he or she reacts to a treatment. Many patients experience abdominal pain or tightness in their abdomen, nausea and loss of appetite which normally subsides within in a week. Many patients also develop a mild fever that may last for up to a week and fatigue which may last for several weeks. As a precaution, specific medications are prescribed to control these symptoms.

What are the potential complications?

In rare instances, and even in experienced hands, there is the possibility that a small number of microspheres may inadvertently reach other organs in the body, such as the gall bladder, stomach, intestine or pancreas. If SIR-Spheres microspheres reach these organs, they may cause inflammation of the gall bladder (cholecystitis), stomach (gastritis) or intestine (duodenitis). These complications are rare, but if they do occur they normally require additional medical treatment.

Do patients have to take special precautions?

After treatment, there are some simple precautions that patients need to take during the first 24 hours following the SIRT procedure. These precautions include: thorough hand washing after using the restroom; cleaning up any spills of body fluids such as blood, urine or stools and disposing of them in the toilet. Otherwise, patients can resume normal contact with family members.

Does insurance cover the procedure?

Under the terms of the Medicare Prescription Drug Improvement and Modernization Act (MMA) of 2003, Medicare, for the most part, reimburses hospitals for the cost of outpatient treatment with SIR-Spheres microspheres. Many private payers have realized the efficacy of the SIR-Spheres procedure and as a result have issued positive coverage policies for treatment. A few of these payers include Aetna, Cigna, United Healthcare, HealthNet, Oxford and many Blue Cross/Blue Shield and WellPoint/Anthem plans. Many other plans cover the treatment on a case by case basis.

Through the askSARAH phone line, you can directly speak to a nurse who can answer your questions about cancer treatment and help find the services closest to you.