Ovarian cancer took her fertility and a kidney, but one remarkable surgery saved her leg and her life. 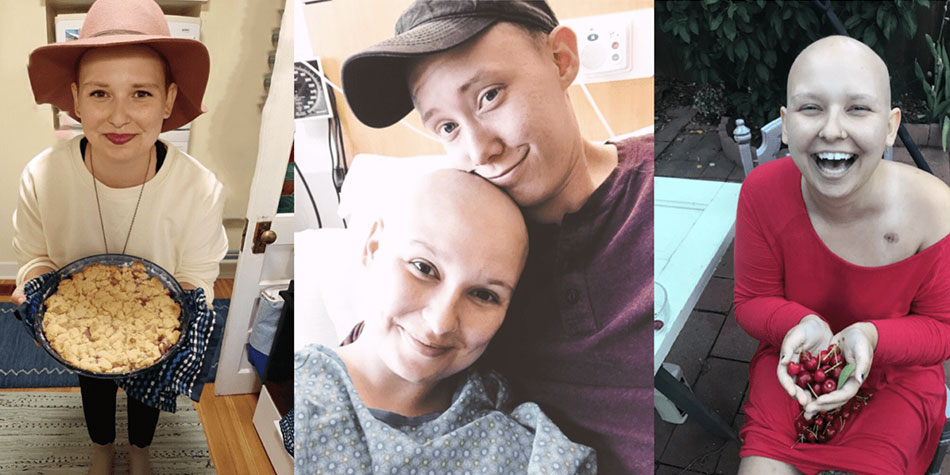 When Maegan Brundage first experienced severe leg pain in 2018, the then–28–year–old Colorado Springs resident wasn’t overly concerned. But when the pain persisted for more than a year — and her medical team couldn’t pinpoint a cause — Brundage headed north to Sky Ridge Medical Center to see a doctor she trusted with her life.

In 2015, gynecologic oncologist Dr. Jeffrey James diagnosed Brundage (then 25) with a rare type of ovarian cancer called dysgerminoma. Dr. James, who was employed in Colorado Springs at the time, performed surgery to remove Brundage’s diseased left ovary, fallopian tubes and some lymph nodes. This fertility-sparing approach left Brundage’s healthy right ovary intact so that she could have children someday if she wanted.

“I had received such great medical care from Dr. James that I tracked him down and drove to Sky Ridge. I knew he would be able to help me,” Brundage says. Imaging scans showed a grapefruit-sized tumor in Brundage’s left pelvic region. On April 16, 2019, Dr. James performed a complete hysterectomy, but he was unable to remove the tumor.

“Unfortunately, the tumor had encased the left ureter, the duct that carries urine from the kidney to the bladder. As a result, her kidney had stopped functioning,” says Dr. James. He also discovered the source of Brundage’s excruciating leg pain: the tumor was wrapped around the iliac artery and vein in her leg, cutting off blood flow to the lower extremities and placing her at risk for amputation. After she recovered from the hysterectomy, Brundage was hospitalized again as she received four rounds of an intensive chemotherapy regimen to shrink the tumor. On October 22, 2019, three different surgical specialists performed three different procedures during a four-hour operation to save Brundage’s life and limb.

Brundage spent a week recovering in the hospital. “The nurses were always smiling and so compassionate,” she says. “And each of the surgeons took a lot of time to explain what would happen during their particular procedure. They were quick to answer my questions and provide reassurances. I knew I was in great hands with Dr. James and all of the Sky Ridge team.”

Today, Brundage is back to helping abused and neglected children in her role as a social worker. She started off the new year by celebrating her thirtieth birthday and her engagement. Brundage and her fiancé hope to become foster parents someday. “I consider myself to be so incredibly lucky to be here and to be able to enjoy life again,” she says. “I cherish every day.”

What to know about COVID-19 and flu

To help you stay informed and healthy this flu season, we’ve broken down what you should know when it comes to flu and COVID.

September 2, 2020
Here is some information on how the different types of COVID-19 tests work and who should be tested.
Next Post
Back to blog home

Can a walk in the woods really make you happier?

COVID-19 phobia? Why you should not delay emergency care.

What to Expect During a Mammogram

What to know about COVID-19 and flu