Muscles ripple in Meghan Gordon’s arms and legs as she squats and bench presses during her weight training workout. She is petite at 5’ 5” but a powerhouse, able to lift more than her body weight and impressively pump out 210 reps. At 41, she is the epitome of strength and discipline.

“I do it for the pure joy,” Gordon says. “It’s not to compete. It’s for myself because I couldn’t do it for so long.”

For nearly 10 years she was housebound and bedridden suffering chronic pain from a rare medical condition that was diagnosed in her early twenties and turned her young adult life spiraling. To cope with the physical pain, she loaded up on pain meds.

“I was in isolation and in depression. I wanted to die,” Gordon says. “When I got a neurostimulator, the relief was immediate. Dr. Barolat gave me my life back.”

What is a neurostimulator?

A neurostimulator is a pacemaker-like device with a rechargeable battery that’s about the size of a pocket watch and includes wires with electrodes. It is implanted under the skin, on various locations on the body depending on the medical objective, in order to modify and correct malfunctioning nerve signals explains Dr. Giancarlo Barolat, a neurosurgeon with Presbyterian/St. Lukes Medical Center who is considered a pioneer in the field of neurostimulation.

“Every function in the body is regulated by the nervous system. It controls everything – consciousness, hormones, the digestive system, vascular system and more,” Barolat says. “The nervous system can interact in two ways – through chemistry with medications or through electricity.”

Once implanted, the device works with the nervous systems’ circuitry by using a pulse generator to send signals that can counteract malfunctioning signals and give people relief for a variety of disorders.

“Neurostimulation has become an acceptable modality in the U.S., Europe and Canada,” Barolat says. “Insurance now covers most procedures.”

Barolat has performed 9,000 neurostimulation procedures for vast applications such as paralysis, strokes and epilepsy since his first procedure as a resident in Torino, Italy in 1976. Since 1985, he has focused his practice on pain management. 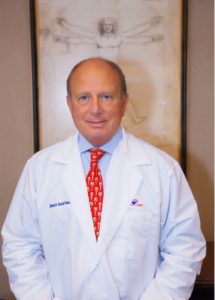 For people who have chronic pain, Barolat wants them to know there are alternatives to taking drugs.

“In 2016, there were more deaths due to overdose than due to car accidents,” he says. “A lot of people want other alternatives. Even if opioids help, they don’t want to get addicted. A neurostimulator is an ideal replacement but many doctors don’t even know.”

For pain management, Barolat says neurostimulation could be a solution for many people, such as those with severe pain for six months or longer and for which there is no cure; for people with spine problems and for whom surgery is not a desirable option; for people who had spine surgery and continue to have pain; for people with nerve pain, pelvic pain, pain in their feet from diabetes (peripheral neuropathy); and for other chronic suffers.

For pain management the neurostimulator pulse generator is generally implanted in under the skin on the abdomen or buttock with the electrodes near the spinal cord or the nerves. Depending on the extensiveness, the procedure may be performed as an outpatient or may require an overnight stay. As for upkeep, the rechargeable lithium battery generally lasts 10 to 14 years. The unit, which contains the battery, is usually replaced in a 30 minute outpatient procedure. 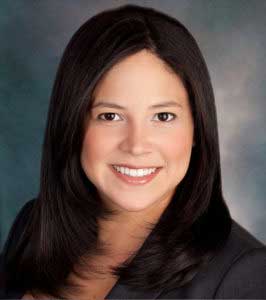 For people who have movement disorders such as Parkinson’s disease or essential tremors, neurostimulation through a procedure known as deep brain stimulation (DBS) has a proven track record.

“It works. It is one of the most studied therapies,” says Dr. Mariel Szapiel a neurosurgeon with SurgOne, PC in Parker and Sky Ridge Medical Center. “There’s been more than 100,000 implants world-wide since DBS was introduced in 1993.”

Even though there are medications to address these disorders, some people prefer neurostimulation. “DBS can be a better option than a medication-only treatment for some patients in the long term,” Szapiel says. “Medications can stop working or cause intolerable side effects for some people.”

For DBS patients, the pulse generator is usually placed under the collarbone and the electrodes with wires in the brain. After the procedure, the patient can adjust energy parameters higher or lower with a remote control for their movement demands, such as walking and talking.

The battery for a DBS device generally has to be replaced every four to five years in an outpatient procedure but the time varies from person to person since some patients require more energy. Szapiel says the rechargeable system usually lasts 7 to 8 years after which the pulse generator is replaced (but not the electrodes).

“DBS is adjustable and reversible,” Szapiel says. “Research shows people who had DBS had a better quality of life and emotional well-being.”

One of newest approved uses for these pacemaker-like devices is for weight loss. In January 2015, the FDA approved vagal blocking therapy, also known as vBloc, and Dr. Frank Chae, who specializes in weight loss therapy and surgery with the National Bariatric Center at Sky Ridge Medical Center, has already performed 40 vBloc implants in Colorado to date. The Center is the sole authorized provider in the state. 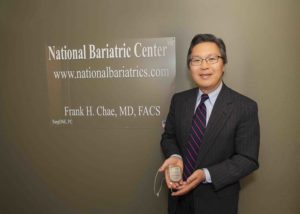 The device works by attaching two electrodes to the vagus nerve, which intermittently block signals for hunger and fullness. The vBloc is ideal for patients who have a target weight loss of 40 to 60 pounds and who are looking for a low-risk option. The outpatient laparoscopic procedure doesn’t alter the stomach, unlike many weight loss procedures such as the gastric bypass or gastric sleeve, according to Chae.

Candidates for the vBloc, according to vbloc.com, are people who meet three criteria:  1.Those who have tried to lose weight in a supervised program within the last five years; 2. Those who are 18 years of age or older; and 3. Persons with a body mass index of 35 or greater with at least one other obesity-related condition, such as type 2 diabetes, high blood pressure, sleep apnea or high cholesterol, or those without a condition but have a body mass index of 40 to 45,

Chae says the vBloc is designed for long-term use. Patients can turn it on or off externally and use it for weight maintenance once they’ve reached their desired goal. Since it was first introduced, more insurance companies are starting to cover this newer procedure.

Implant recipients and health experts alike say neurostmulators have done wonders for patients’ quality of life. For patients like Gordon, she has embraced life with new vigor: She’s studying to receive a health therapist license and is the author of a new self-help book “Boundary Warrior” that will be published in the fall of 2017. She is also, of course, pushing her body to new limits.

“I don’t live a mediocre life,” Gordon says. “I have to make up for about a decade.”